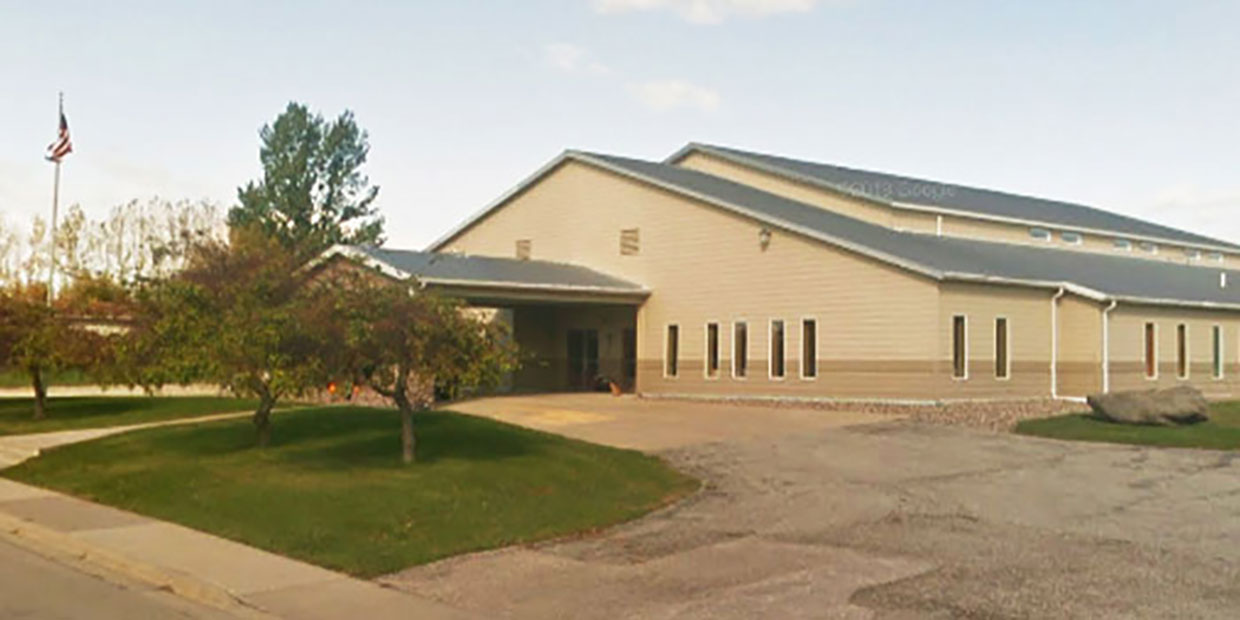 The first official church meeting was held in April of 1999 at the Kenyon-Wanamingo Elementary School with a grand opening held later that year.

The church purchased the Family Christian Center in 2003 to serve as the new facility for worship.

When the New Life Church purchased the new facility, it came with the furniture already in the space. The church inherited old chairs that had been there since the building first opened in 1986.

The chairs had screws that were falling out and the fabric was an ugly bright red that was stained. The seats had zero padding and were very uncomfortable. In addition, all the chairs had arms and the seats were narrow, which made it difficult for some members of the congregation to sit in the chairs.

When Crystal Renken was elected to the facilities committee, she made it her mission to get new chairs for the church. However, the church leadership had a conservative business approach which led them to avoid taking out loans and acquiring debt. That meant Crystal was unable to purchase new chairs until her committee had raised the necessary funds.

The facilities committee first learned about Bertolini Church Chairs when members at another New Life Church ordered some for their facility and shared how impressed they were with the product. Then, some of the church elders went to a conference at the church with Bertolini chairs. When they returned from the conference, they raved about the chairs emphasizing how comfortable they were to sit in with the extra back support and cushioned seat.

Crystal called Bertolini to get a cost estimate quote and begin the process. She worked with a Bertolini sales representative for more than two years while the church worked to raise the money.

The Bertolini sales representative provided Crystal and her team with all the information they needed to get the best chairs for their church. The representative helped Crystal understand the many chair options. For example, the fact that elderly members prefer chairs with arms, whereas arms can be constricting for other people.

“I was nervous when I placed the order because the members of our church are typically resistant to change and concerned with expenses. However, I’ve heard nothing but positive feedback. The chairs look really nice and they really make the building look like a church.”